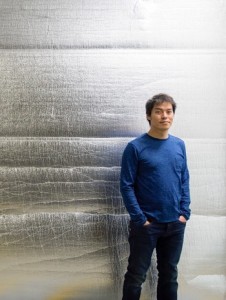 About the 2015 CHRISTMAS LECTURES: How to survive in space

In December 2015, Tim Peake became the first Briton in space for more than 20 years and a new member of the European Astronaut Corps. As Tim adjusts to life onboard the International Space Station (ISS), the CHRISTMAS LECTURES will take us on a journey from planet Earth into Low Earth Orbit and beyond. This is the story of human survival against all the odds; the story of how science, medicine and engineering come together to help answer our biggest questions about Life, the Earth, the Universe and our place in it.

From artificial gravity and greenhouses in space to plasma drives and zero-G surgical suits, the Lectures will reveal how what once was the stuff of science fiction is fast becoming today’s science fact.

The three Lectures will be presented by medical doctor Kevin Fong, an expert in space medicine. With his unique skillset, he will give us a window into today’s most exciting space missions, an exploration of the future of space travel, and a fascinating insight into the challenges of protecting human life in the hostile environment of space.

Throughout the three-part series, Kevin will be accompanied by special guest appearances from astronauts onboard the ISS who will reveal what daily life is like 400 kilometres above the Earth, demonstrate the technology and techniques that help them stay safe and healthy, and explain the scientific experiments they are part of that are helping to stretch the limits of our understanding of human physiology and survival in a way that no experiment back on Earth could.

The Lectures will also aim to demonstrate that space missions like Tim’s are not a solo effort. Behind every hero astronaut is a huge team of scientists and engineers who have got him there. To represent this ensemble cast, each Lecture will host guests, many of them ESA employees, who make vital contributions to various different stages of a space mission.

During the course of the Lectures we aim to put particular focus on the latest developments in British and European space science and showcase the contributions that ESA and the UK Space Agency are making to life and scientific study on board the ISS, as well as the cutting-edge unmanned missions designed to explore the wider solar system and beyond.

In the first of the three annual CHRISTMAS LECTURES space doctor, Kevin Fong, explores and probes second by second what it takes to ‘Lift off’ into space. With Tim Peake, Britain’s first astronaut on the International Space Station, only days into his 6 month mission, he’ll be helping Kevin answer what keeps astronauts safe and on track as they’re propelled into orbit.

How do you control the energy of 300 tonnes of liquid fuel? What happens to your body if you don’t wear a spacesuit? And how do you catch up with a space station travelling at 17,500 mph to finally get inside?

With explosive live experiments, guest astronauts in the Theatre and planetary scientist, Monica Grady, direct from the launch pad in Kazakhstan, we’ll learn this and more as we recreate those thrilling minutes of ‘Lift off’.

In the second of the three annual CHRISTMAS LECTURES, space doctor, Kevin Fong explores ‘Life in orbit’ on board the International Space Station. As British astronaut Tim Peake settles in to his new home on the Station he’ll be sending special reports about what it takes to live and work in space.

400 km above the Earth, hurtling at a speed of 17,500 mph, astronauts’ bones and muscles waste away, the oxygen they breathe is artificially made, they face constant threats from micrometeorites, radiation and extreme temperatures. If a medical emergency strikes, Tim Peake is a very long way from home!

In its 15 year lifetime, the International Space Station has never had a major accident. With a British astronaut in orbit, gravity defying experiments and guest astronauts in the lecture theatre Dr Kevin Fong will show us how to survive ‘Life in orbit.’

Lecture 3: The next frontier

In the third and final of the Royal Institution’s annual CHRISTMAS LECTURES, space doctor Kevin Fong explores the ‘The next frontier’ of human space travel.

In a series finale, live from the International Space Station hurtling at 17,500 mph, 400 km above the Earth, British astronaut Tim Peake will answer questions directly from the children in the lecture theatre audience. With Tim’s help out in Earth’s orbit, Kevin will investigate how the next generation of astronauts will be propelled across the vast chasm of space to Mars and beyond.

So, how will life be artificially sustained as we travel the millions of kilometres to the Red Planet and on into the cosmos? How will our food last for 3 years or more? And what is waiting what for us when we finally land? With earth shattering experiments, top space scientists and our astronaut live from space, Dr Kevin Fong will reveal how we’ll survive that voyage to space’s next frontier’ and beyond…